I think it says something that I've been reduced to taking tests on The Blue Pyramid. And that I seem to be out of the loop in Crazy Land.

Loathsome is back on the project, so I haven't had to try to avoid him. Nonetheless, I'm in my office, avoiding everyone. As if I ever truly seek anyone out. What would be the point of that, other than to irritate me or amuse you?

I need to get some water, but I hear someone at the copier near the water cooler. I'm not going out there. I'll just die of dehydration, thanks.

I don't think I can continue on like this until the test in August. Or maybe I can. It's worth a shot.

The big news is on the home front. Hubby has officially been furloughed from his job as a Tax Examiner at the IRS. Here's how you know it's a government job: They can still fire him. Yes, they can call him up at home (within the next couple of weeks, I think) and terminate his ass. I'd make some snotty comment, but I'm dumbfounded. You'll have to think of your own.

Hubby now has to find another job. Soon. The job search just started and it's already making me crazy. He believes that (iffy) job experience from 20 years ago is viable in the job market. He hopes to make a great salary. Well, I'd like that, too, but I'm grounded in reality. Hubby hasn't been in the traditional job market in so long that it's impossible for him to be pragmatic about it. Guess who has to help him?

Hubby is constitutionally unable to do anything without my help. On Wednesday, he was going to make burgers on my little George Foreman grilling machine. I was wiped out and hanging out on the sofa, attempting to recuperate from my day at Crazy Land.

A couple of minutes after he disappeared into the kitchen, I heard the drawers and cabinets being opened and closed. He couldn't find something. Sigh. I went into the kitchen and asked him what he was searching for. A crucial implement. Unfortunately, Hubby was the last person who used the teflon safe spatula, so I had absolutely no idea where it might be. For all I knew, he might have taken it upstairs to that black hole we call his office. Don't think I haven't found equally weird things up there. I can't tell you how many pieces of silverware I've stumbled across. Wood cleaner that I know he hasn't a clue how to use. We've lost at least two hammers in his office. They've been missing for several years.

Hubby could tell I was annoyed. He told me to go sit down. I did. Then there was silence. I read a couple of pages in my current book and noted there still wasn't a sound emanating from the kitchen. I went back to find him standing in the middle of the kitchen. Standing there. As if the spatula might magically spring out of its hiding place on the strength of his personal magnetism alone.

I started looking for it, even more annoyed than the last time. I found it in the first cabinet I opened. Yes, I suppose he does get some credit for not having taken it upstairs. Not much, though.
Posted by zennist at 12:00 PM No comments:

Labels: Crazy Land, Yes This Is My Life 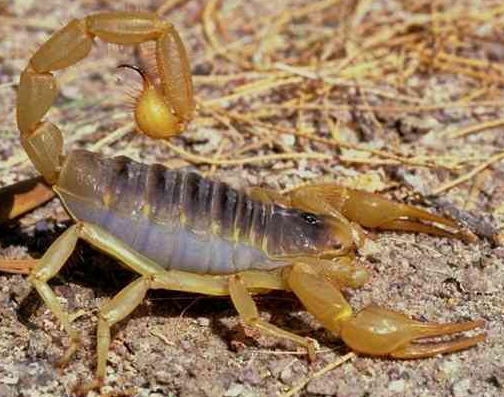 You really enjoy weapons and like keeping as many of them at hand
as possible, just in case. Most of these weapons are sharp, and you have a small
collection of armor as well. You just can't be too careful these days. Maybe it's
that you've always been small and feel threatened and this has prompted your
elaborate collection to bloom. It's not too surprising that you've become a bit of
a loner, even a hermit, with those tendencies. Or that your favorite actor is The
Rock.


Take the Animal Quiz
at the Blue Pyramid.

Click this, please. Do not eat (wo)man's best friend.

Today is the one year anniversary of the end of radiation treatment. I spent seven weeks, five days a week, lying on a big table in some kind of molded stuff that was supposed to keep me in exactly the same position every day. The molded stuff did not feel good and sometimes it was hard to get my body to fit back into that particular configuration. (When I left every day, they'd label my mold and hang it up, along with lots of other people's molds.)

Then everyone would leave the room and this huge machine would circle around me like a vulture. It would radiate for a while here, move, and radiate in another place. It usually went on for about half an hour. The machine made a lot of noise and, from my vantage point, I could see it internally repositioning itself (by technician-controlled computer) . Blades inside made a whirling sound as they moved. I started to have burns before many days passed. Big deal. I'd just finished up chemo. A few burns meant nothing to me.

As I lay there, I'd sometimes contemplate my radiation oncologist's explanations about the need for precision. If I moved during the radiation treatment (I love that word, "treatment"), it could radiate my lungs and/or heart because of the size of the area and its proximity to those organs. Sometimes I didn't think at all, drifting still in my poisonous haze. I just lay there and felt how much my body hurt. When it was over, I smiled and told the techs I'd see them tomorrow. I'd get dressed and go back to work. It makes me sad to think about that time.

I got unaccountably attached to my radiation techs, a young man and woman. We never talked much. I'd say hello and ask how they were. They'd answer and ask how I was. They knew how I was. I was dazed with pain, beaten down and generally felt like shit. I looked really good, too. It was nice that they asked, anyway.

Those techs were two more strangers I became comfortable with pulling and pushing my body around. At that point, it didn't really seem much like my body anyway. On my last day, the young woman tech rushed out and stood beside the door with a handful of confetti. As I walked out, she threw it up into the air. I actually hugged her. We hadn't had that kind of relationship, but I suppose all cancer treatment relationships become intense, if only for the patient. Actually, I think it's probably a little intense for the care providers, too. However, they need to protect themselves emotionally, of course, in order to survive the jobs they do. When I think about my own two radiation technicians, I'm still grateful and marvel at their gentleness. I would hug them both if I had a chance.

My own personal victory: I did what I could to liberate my fellow cancer patients by not wearing my wig. I was completely bald, of course, because I'd just finished chemo. By the time radiation was over, I was beginning to have a little baby bird fuzz. There was another young woman receiving radiation treatment for breast cancer whose appointment was always just after mine. After seeing me with my naked head for a couple of days, she started showing up without her wig. She told my mom one day, while I lay on that table in the radiation room, that she had never gone anywhere without her wig. Even her husband had never seen her without it. I gave her the courage.

I had begun to feel that, by wearing a wig, I was giving in to a sense of shame, almost. I was bald because I was trying to survive a terrible disease. Why would I hide that? I had lost all pretense to vanity a long time before my hair completely went away. Wearing a wig became more a gesture of protection for other people than for me. And, in fact, when I started coming to work without my wig, people were troubled. I told them that I'd gotten used to it and they would, too. I have no idea if they ever did, of course.

I decided that being bald was a profound symbol of exactly how difficult my life had become. It became a statement of pride. This is how much I can endure. This is how committed I am to staying alive. I not only have enough inner strength to keep going, I have enough strength to let you see how I've suffered. Furthermore, fuck you, cancer.

We all get through it how ever we can, though. I would never, ever judge another cancer patient for making a different decision about it. I think everyone should be as comfortable as they can be, in every possible way. If a scarf or a wig helps a little, then hallelujah. It's important to celebrate your Inner Cancer Survivor somehow, though, if you have enough energy. My way didn't take much of that.

I have my six-month check up with my radiation oncologist soon. We'll be having those little visits for the next five years. Sometimes it feels like all of it will never end, especially as I mark time until the next ultrasound.

Radiation ended, though. A year ago today. Here's to my own Inner Cancer Survivor.
Posted by zennist at 12:09 PM No comments:

What Classic Movie Are You

What Classic Movie Are You?
personality tests by similarminds.com
Posted by zennist at 2:32 PM No comments: