Contents of Tote Bag, For Catherine 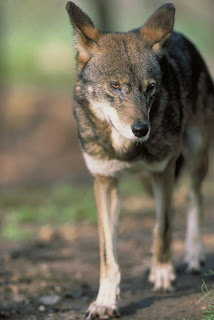 I'm unable to escape my sadness, just as I'm unable to escape the paint fumes and the roar of a generator being used to power wash the outside walls of Crazy Land. If I felt like working, it would be a waste of time. The printer/copier was broken by the painters. We've been waiting a day and a half for someone to show up and fix it. I could be working on the ever-expanding database, but frankly, I'm simply not in the mood. Furthermore, I'm still off Ritalin and it's having a negative effect on my ability to concentrate.

As an alternative, I offer this: a review of the contents of my tote bag. A while back, my friend Catherine and I listed for each other the items we carry in our purses. Her inventory was spartan. Mine was a bit less so. I fudged a bit, though, choosing to not reveal the pile of (necessary) flotsam and jetsam I carry around in my enormous tote bag. In my defense, I never had a tote bag before the long days at M.D. Anderson.

Catherine, here's what I lug around with me every day. I hope it makes you laugh a little.

*My breakfast and lunch: two granola bars (the healthy kind), a small piece of cheese, an apple, yogurt and V-8 juice (these last two generally dropped off at the downstairs refrigerator).

*An EpiPen, in case I get stung by another wasp and have an anaphylactic event.

*A little notebook, presumably there in case I lose my all-important bigger notebook I carry in my purse. You never know when, in a crunch, you won't be able to get to the notebook in the purse and be unable to record some critical information.

*Glasses case. Sometimes I have to take my contacts out. Yes, I also carry a contact lens case.

*Band-Aids. I dropped those in the tote bag before I developed my severe allergies to all adhesives. (Note the extra critical nature of the EpiPen in case I forget and slap one on my body.)

*A lint brush. I have two fuzzy dogs. A couple of years ago, I decided that maybe it's not such a good thing to be cavalier about carrying hair remnants on my person all the time. I always thought of the hair as reminders of the creatures I love. Turns out no one else sees it that way.

*A large bottle of Accetamine. Very necessary after surgery when you've run out of prescription pain medication.

*A couple of small packages of crackers. Another M.D. Anderson necessity. Ditto the chewing gum.

For my upcoming marathon visit to M.D. Anderson, I will probably add a book and my mp3 player. I don't know why I'll take the book; I can never concentrate enough to read. That knowledge won't stop me from taking one, though. I can always listen to music.

Turns out the list was quite revelatory. I'm clearly constantly in crisis mode. That realization doesn't alter the humor of taking my entire house with me wherever I go. Or at least the medicine cabinet. So laugh with me, Catherine. And love to you.
Posted by zennist at 12:12 PM No comments:

Before I had breast cancer, I never had heroes. The very concept eluded me. Now I have several--Dr. Ross, Dr. Christafanilli, Dr. Kronowitz, Lance Armstrong and Leroy Sievers. Leroy Sievers died on August 15. He was 53 years old.

Leroy waged a mighty battle against the cancer that eventually took his life. Like Lance Armstrong, he was fearless in his commitment to staying alive. He endured through countless procedures and treatments. One of the last treatments involved injecting glue into his spine. He developed a post-operative infection and almost died from it.

Leroy had many friends on the Internet. He wrote about his illness every day in his blog, "My Cancer," and gave voice to so many of us who've shared the same journey.

I always think that, if cancer reoccurs as it did with Leroy, I won't be willing to go through chemo again. If that means I die, then so be it. Leroy was a stronger, braver person than I. He grabbed onto life and held on, no matter how scary the ride got.

I hope Leroy can hear all of us left behind, saying thank you for the tremendous gift of his spirit.

Thank you, Leroy. I'm going to miss you so much.
Posted by zennist at 8:50 AM No comments:

We're having the reception areas painted in both suites of offices. This is the second day of the project and they're working on the hallway outside my office. I have my doors closed, but the paint fumes are killing me. My eyes are watering, my throat is sore and my nose is running.

If all the craziness around here doesn't kill me, the paint fumes probably will.
Posted by zennist at 9:44 AM No comments:

But does anyone care?

I'm still recovering from the revision of the revision of the reconstruction. I developed an allergy to all of the adhesives they used to tape me back together. Blisters formed under all of the tapes and when I removed it, the tape took the top of the blisters off. I've now discovered a new type of pain. It was actually more painful than the surgery itself. I'm better now, back at work, but you can still see the marks on my face and chest. Now the wounds themselves are the source of my pain.

Meanwhile, back in Crazy Land, accounting department still under siege. Bags and Superhighway furious. Owner even more furious. Golf Pro has been assigned new tasks. He's supposed to be writing reports of some kind. Even Superhighway doesn't have the full story on that. Or she's not sharing it. The latter option seems unlikely, though.

I'd planned to have a little thank-you party for Crazy Land staff to celebrate the final surgery. Everyone offered support and caring during my 3-year journey and I'm grateful. However, since hardly anyone is speaking to anyone else, I don't think it would be much fun. Verbal interaction seems limited to rage attacks. No cake for Crazy Land.

Next week, I'll be in Houston again. I have annual tests scheduled, one of which is with the beloved Dr. Ross. Thursday starts at 7:00 with blood work and ends in the evening. I'm mired in my usual anxiety. Nonetheless, it's better than Crazy Land.

When I've regained more of my energy and concentration levels, I'll fill you in on Crazy Land.
Posted by zennist at 10:16 AM 2 comments: